Church Parish Hall
6:00-8:00 PM
Are you new to St. Margaret's during the past couple of years? Then you are invited to a newcomers’ dinner on Sunday, November 7th at 6PM in our Parish Hall. Members of the parish will host this event and provide the food and drink. So come and meet some of the leaders of the parish, Fr Tommy (and other newcomers). This is strictly a fellowship event – no ulterior motives. (You won’t have to sit through a presentation urging you to buy in on a time-share or something else.) If you plan to attend, please RSVP below. If you would like child care for the event please let Fr Tommy know.

Add to My Calendar +

Tags: We Can't Wait To Meet YOU! / Welcome / Get Involved / Contact Us 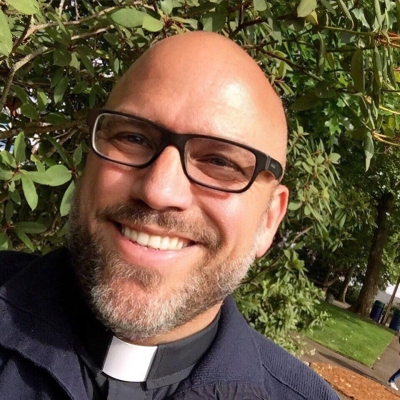 Tommy has over 22 years of experience as a parish pastor, including responsibility for pastoral care, program development, stewardship, and administration. During that time, Tommy became a leader in community engagement. He has a passion for helping people take ministry and spirit beyond the church walls and embrace new ways of being the church in a changing world.

In the Episcopal Diocese of Louisiana, Tommy is Dean of the Baton Rouge Deanery, which is comprised of eighteen congregations and institutions in the Baton Rouge area, is the former chair of the Stewardship Working Group, is co-leader of the Transitions in Progress group (TIP) for newly ordained and new clergy in the diocese, Diocesan representative for Together Baton Rouge/Louisiana, Co-creator and co-leader of Inclusive Louisiana (LGBTQ+ Ministry in the Diocese of Louisiana), volunteer prison chaplain for the Episcopal Ministry at Angola Prison, and is a Clergy Deputy for the General Convention of the Episcopal Church.